Male circumcision is a surgical procedure that carries significant risks, which include interference with sexual satisfaction or performance, trauma, psychological harm, and a host of physical problems including castration and death (Nguyen, Bancroft, Mascola, Guevara, & Yasuda, 2007; Williams & Kapilla, 1993). My son and grandchildren are all uncircumcised; this choice is part of our family culture. With proper hygiene, it is my personal belief that circumcision without valid medical necessity is abusive. This belief was the result of my exploration of early research that purportedly proved that circumcision prevented disease; in my opinion, this early research was flawed. While I was unable to find that early research, more recent studies supporting circumcision seem to be equally flawed (Doctors Opposing Circumcision, 2008; Siegfried et al., 2003).

Williams and Kapila (1993) published a report that listed numerous complications associated with circumcision, which ranged from infection and bleeding to death. Xu, Markowitz, Sternerg, and Aral (2007) reported on empirical evidence that circumcision was not related to incidence of Herpes Simplex Virus-2. Meanwhile, Nguyen et al. (2007) confirmed that circumcised infants are at risk of infection by the tenacious MRSA infection. A review of literature conducted by Siegfried et al. in 2003 revealed an absence of randomized controlled studies that demonstrated a positive relationship between circumcision and risk of HIV infection. More recent studies linking circumcision with reduced risk of HIV infection may be flawed in design; for example, the Aubert et al. (2005) study lasted only 21 months. The short duration of the study is a significant design flaw as the abstinence of participants in the treatment group who received adult circumcision surgical intervention at the onset of the study, in combination with the window during which HIV infection is not detectable by tests, may have falsely reduced the reported rate of HIV infection associated with the treatment group (Aubert et al., 2005; Doctors Opposing Circumcision, 2008).

An organization called Doctors Opposing Circumcision (2008) reported that the U.S. has the highest rate of HIV of the industrialized nations in spite of also having the highest rate of circumcision. Avert (2014) reported that 1.3 million individuals with HIV were living in the US in 2011; The World Health Organization (2014) reported that the U.S. population was 315,000,000 in 2011. These figures indicate that the rate of HIV in the U.S. in 2011 was approximately .477 percent. The percentage of individuals infected with HIV in the United Kingdom for the same period was approximately .3 percent, in spite of the United Kingdom’s dramatically lower incidence of male circumcision (Nguyen et al., 2007; WHO, 2014). This comparison alone shows that a vigorous practice of male circumcision did not correspond with a significantly lower rate of HIV infection as compared to another industrialized nation that does not practice routine male circumcision. These results are inconsistent with the randomized controlled studies that were used to demonstrate that circumcision can reduce infection with HIV by 60 or more percent (Auvert et al., 2005). 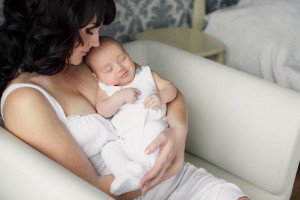 The ongoing debate over circumcision is particular confusing in light of the recent Attachment Parenting movement that strives to promote child development through gentle and sensitive parenting. Every great parent must recognize that removing genital tissue without valid reason and without benefit of anesthesia is abusive. Female circumcision has been outlawed, but the social movement protecting male infants is lagging behind. For the love of a baby, please share this information and the list of references. This is the real science behind the practice of circumcision; and this real scientific research does not support the practice of circumcision at all.

Subscribe Now!
Do you love a child with a learning problem, disability, or Autism Spectrum Disorder? Sign up because you won't want to miss a smidgen of our insider techniques, strategies, and life hacks!!!